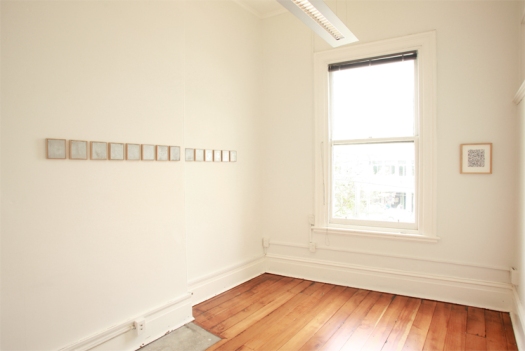 Has anyone ever said ‘Here is a photo of me when I was younger?’ Well, every photo is from when you were younger. If a photograph captures a time and place then the Internet can then be seen as a gateway for amateur contemporary archaeologists to explore this notion. By looking back we are able to develop memories in the present day and then construct future memories.

A common thread developed by digital communication, through mediums such as Facebook, is our mutual dependence on complimentary opposites. Using the Internet as a tool, we explored the idea that we can be simultaneously connected and disconnected from each other. Exploring the interaction between two physical points we are consciously, or otherwise, drifting between the virtual and the real.

Appropriating this hazy, semi-dislocation we apply these ideas to found and collected items within the virtual psyche of digital space. As digital representations materialise into physical objects through the use of PayPal and the hands which transported these objects to us. These found photos, postcards and other ephemera then gave us a loose and inadvertent access into these places documented by strangers.

As evidence of this simultaneous dis-connection, and place of chance, we were able to re interpret this tread of information. In these works, the ‘dissolution of identity’ is created through the fragmentation and destruction of found photographs and images. The charm of these images is not only in the memory and nostalgia of past functions, but perhaps in their role as a catalyst; a catalyst for yet to be articulated desires.

These tampered interpretations are intended to serve as reference points for the audience, who continue to dismantle and build upon them.

Historically confused and built on chance, these connections, these ‘defunct images’ are analogue responses to digital origins.